The Republic of Panama with an area of approximately 29, 157 sq. miles (75,517 sq. km.), is located between Costa Rica and Colombia, forming the narrowest and lowest portion of the Isthmus that links North and South America.

Shaped like an elongated letter "S", which extends west to east some 420 miles (676 km.), the country has a width that varies between 31 and 115 miles (50 and 185 km,) and has a coastline of 490 miles (788 km.) on the Atlantic Ocean and 870 miles (1,400 kin.) on the Pacific Ocean. The Canal, which joins the Atlantic and the Pacific Oceans, is about 50 miles (80 km.) long. Because of the lateral nature of its extension and its curved contour, directions are often surprising. A transit of the Canal from the Pacific to the Atlantic involves traveling not to the East but to the North-West; in Panama City the sun is seen to rise out of the Pacific. 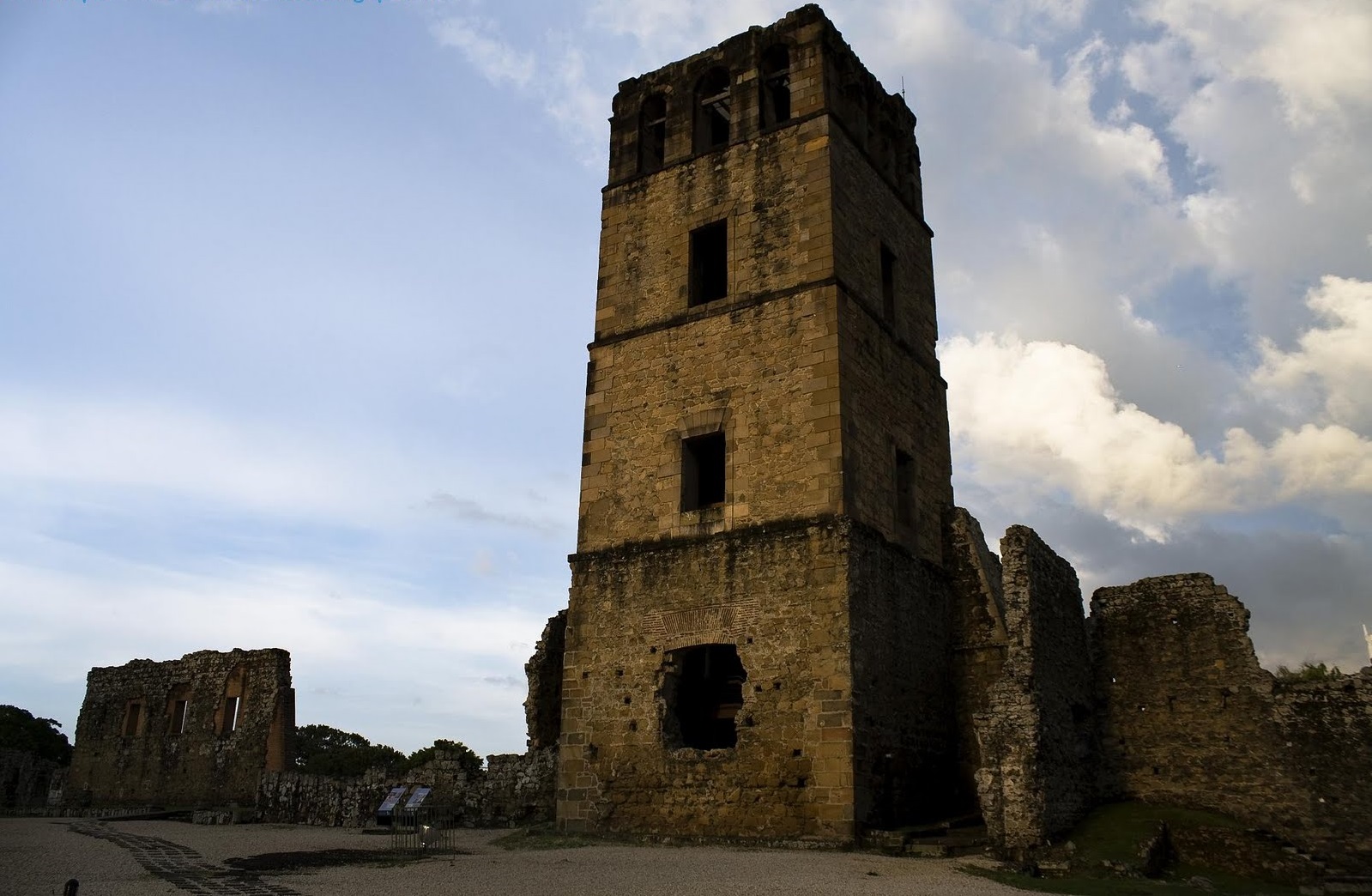 The Isthmus of Panama was discovered in 1501 by Rodrigo de Bastidas. Vasco Nunez de Balboa also had a leading part in Panama’s history, as he establishment of Santa María La Antigua del Darién in 1510, the first permanent settlement on the mainland of the Americas. In 1513, Balboa led an expedition, in Panama, that discovered the Pacific Ocean.

Panama City was founded by Pedro Arias Davila on 15 August 1519, almost a hundred years before Jamestown; first permanent English settlement in North America was founded. Panama was a Spanish colony until 1821 when it became part of the Gran Colombia of Simón Bolivar. In 1903, Panama broke its alliance with Colombia and became an independent republic.

The executive branch of the Government is at present composed of a President and one Vice-President, democratically elected for a five year term by direct vote.

Panama City is the country's capital and the principal commercial center. It lies on the Gulf of Panama in the Pacific Ocean. Colon, the country's second largest city, is located on the Caribbean Coast. Its economy is dependent on traffic through the Panama Canal and business activity in the Colon Free Trade Zone, the largest duty-free zone in the Americas. Chiriqui is the second most developed province in the country after Panama City located on western coast of the country; its capital is the city of David. Chiriqui is a popular tourist destination boasting of its natural beauty and high altitudes like those found in the small town of Boquete

The population of Panama is approximately 4.1 million, about 64 percent of which is urban.

Spanish is the Official language of the country, but many of the people in Panama City, Colón and other main cities speak English. Most businessmen, top government officials and executive staff are fully bilingual.

It is estimated that more than 91.9% of the population is literate. School attendance is compulsory between the ages of seven (6) and fifteen (15) or until the six grades of primary school have been completed. In recent decades, school enrollment at all levels, but especially at upper levels, has increased significantly. The educational system provides free schooling for all children. An excellent parallel private school system exists primarily in Panama City and some major cities.

The main universities are the University of Panama, a state institution, with six campuses, and the University of Santa Maria La Antigua, a Catholic private institution. There are more than eight other private universities, plus the recently created City of Knowledge.
Panama City boasts an excellent private school system. Education is offered in English, French, Italian, and Mandarin, and also there are several bilingual schools (Spanish/English).

The predominant religion is Christian and Roman Catholic. However, there is no prohibition against the practice of any religion, and churches of other denominations are to be found in the country.

For conversion, please go to http://www.onlineconversions.org/

Panama's time is five hours behind Greenwich Mean Time (GMT). Thus, Panama is on Eastern Standard Time (EST); it does not have daylight saving time. Most private business offices are open from 8:00 a.m. until 5:00 or 6:00 p.m.

If a holiday falls on Sunday, it is taken on the following business day (Monday). The executive branch is authorized to designate days of national mourning on which all offices and commercial businesses are close by mandate.

According to the most recent report from the Economist Intelligence Unit, Panama City is the third least expensive city in the world.  Here is a brief cost analysis of some very basic products and services in Panama:

Panama City has excellent trauma hospitals. Panama boasts of the first hospital in Latin America and the Caribbean to be associated with John Hopkins Medicine International. In 2011 Hospital Punta Pacifica was awarded official accreditation of Joint Commission International (JCI) solidifying the Hospital’s position as a state of the art private medical facility offering the highest standards in patient care and services. 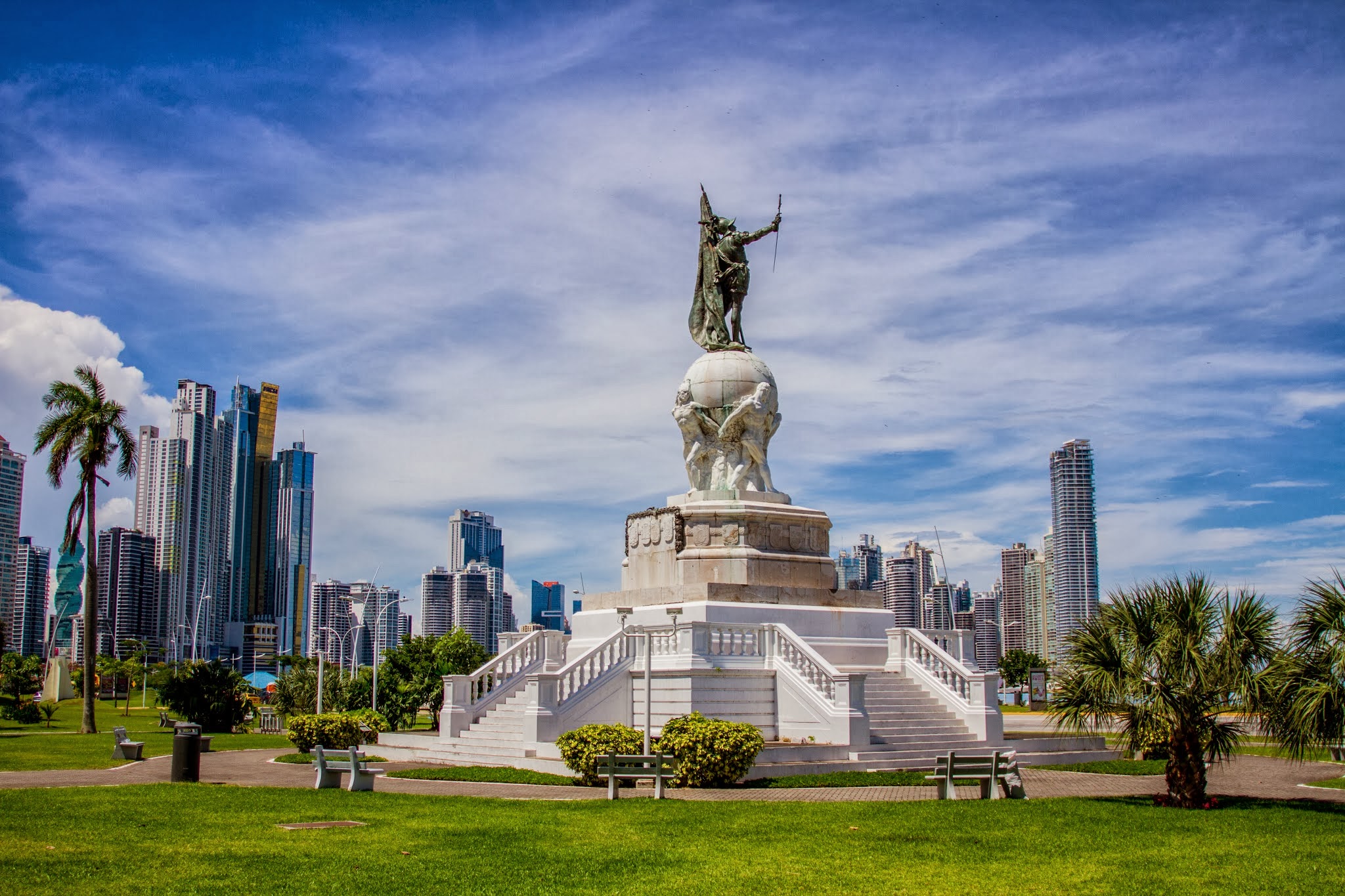 Panama has a warm tropical climate, and seasons are divided into wet and dry.  Panama is located between 9.0° and 7.0°degrees north of the equator, and doesnot experience seasons marked by changes in temperature, like countries located at further distance from the equator.  The Dry Season generally last from mid-December through the beginning of April with daytime temperatures between 85-90ºF [28-32ºC]. Nighttime temperatures fall into the comfortable 70-74ºF [20-23ºC] range.  The Wet Season lasts from mid-April to late December, and daytime temperatures drop few degrees.  Along the Pacific coast the Wet Season can be quiet enjoyable, with sunny mornings and thunderstorms building in the afternoons, unloading heavy precipitation followed by periodic clearing.  October and November can bring heavy amounts of uninterrupted rains.  The Caribbean coastline has much shorter dry periods, and rains can be expected any time of the year.  Panama is located well south of the hurricane belt and therefore is not affected by destructive weather systems that often devastate nations and countrys further north.

From the antique Casco Viejo all the way to the pristine waters of San Blas, from the Pearl islands in the Pacific to one of Panama’s best known international spots, Bocas del Toro, there are plenty of attractions to be seen and ways to be entertained throughout the entire country.

Here are just a few attractions that Panama City has to offer:

As per the US Department of State Bureau of Diplomatic Security (OSAC), Panama remains relatively safe when compared to neighboring Central American countries.  The countries major cities: Panama, Colon, and Chiriqui represent the most densely populated areas with the most sporadic rates of crime.  However increased efforts by the National Police (PNP) have significantly combated and even reduced high crime rates.  The PNP have created a special unit (Tourism Police) to deal with crimes against tourists and foreigners.  The PNP have substations in all the major regions in Panama and numerous offices in Panama City.

Modern comforts are served up with impeccable style and welcoming hospitality in Panama’s many hotels. Visitors can choose between two- and three-star hotels, or a large range of up market ones with four- and five-star status. Sea views are never hard to find wherever you choose to stay. Global brands such as Hilton, Intercontinental, Waldorf Astoria, Radisson, Marriott all have a presence. There are also boutique five-star hotels such as the Bristol and DeVille. The country offers something to suit the most discerning of tastes: modern, luxury seaside hotels equipped with spa, private beaches and marinas..

Panama has a rich and diverse cultural heritage. Successive waves of traders, occupiers and colonizers have left their mark. The Panamanian character is imbued with the European and US legacy of a strong work ethic and powerful ambition, softened by the natural southern tropical temperament. Panamanian are very hospitable and helpful people, exuding the traditional warmth and spontaneity of the region. Christianity plays a major role in the Panamanian culture, with each town and village celebrating the feast day of its patron saint.

Panama offer visitors a unique experience packed with the best of all things in the tropics. Sparkling blue seas, excellent food and a buzzing nightlife have made a most popular destination. The variety of daytime activities available in Panama compares favorably with many destinations around the world, despite the small size of the country. Most of the picture- postcard bays are found in the northern part. With warm temperatures and clear waters around the coast you will certainly enjoy a dip in the Pacific or Caribbean – to swim or to explore the thriving marine life. Other activities include horse riding, jungle trekking and even skydiving.

Panama has a wide array of shops, catering for all tastes and budgets. Most international chains and brands have a presence in the country, as well as a number of exclusive boutiques – not forgetting the traditional markets. If you’re shopping for arts and crafts to take home with you, look out for the renowned Panama lace, delicate silver and gold filigree, or the colorful and creative Panama hand-made hats. The main shopping districts are Multiplaza and Soho, and shops usually open from 10 am – 8 pm.

Water sports are popular in Panama. The conditions for scuba diving, surfing, wind surfing and snorkeling are excellent, with great views of reefs, caves and fish shoals. The best sites can be found around the Pacific and Atlantic coasts of Panama, and the islands in Bocas del Toro, San Blas and Pearl Islands. Besides diving, there are other sports to offer such as horse riding, hiking, climbing or sailing. Panama city has 4 golf courses plus 3 more in the beaches. Gyms can be found all over the country, as well as football or baseball clubs. 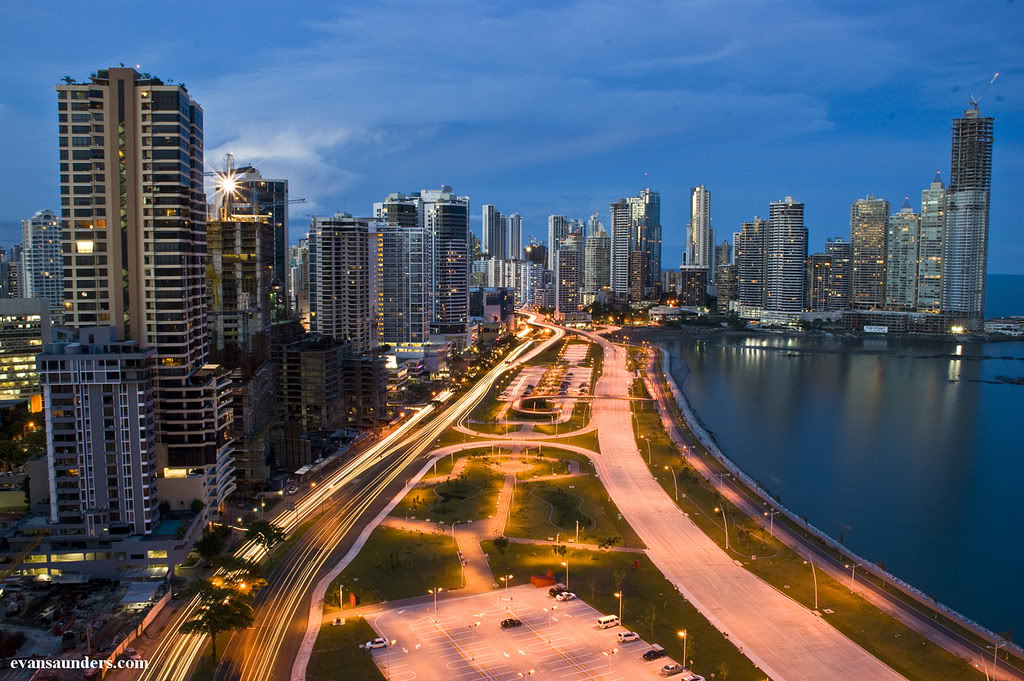 Dining out in Panama can be a wonderful experience. There are many restaurants which stay open late to enable you to enjoy a pleasant evening: from smart city restaurants in to family-run trattoria-style establishments and seafront fish restaurants, the choice is wide. Panamanian food is served in most restaurants offering international cuisine, but in addition there are numerous ethnic restaurants: Italian, French, Chinese, Japanese and Indian are the most numerous, but you will also find Greek, Turkish, Russian, Thai, Japanese and many others.

Gratuity is usually not included in a bill. As in most other countries, tips in restaurants are usually around 10 to 15 per cent of the total. Tipping at a bar is not expected unless you are served by a waiter/waitress. Tipping is not the norm in taxis.

The public transport system is safe and cheap. A network of routes and a fleet of modern buses provide an extensive service across Panama. A metro service exist in Panama.

All the major car rental companies have a presence in Panama. Local firms also offer this service, with or without a chauffeur. Uber and Cabify are in Panama. Taxis are yellow and not fitted with meters, charging government-controlled prices. You can also agree on a fare before starting the journey. Taxis at the airport operate on a different system, with set fares which have to be paid at the taxi ticket booth in the arrivals lounge.