Much of Panama’s logistics platform has been developed to support international trade.  The logistics platform is organized into logistics business components.  Panama has a set of logistics components that have been working in an organic and coordinated system for almost a century. These components include seaports, airports, special economic zones, and a network that includes a transisthmian railroad, expressway, and roads geographically well positioned to be a hub for regional and international trade.

Currently, Panama’s strategic location together with expanding and continuous development of infrastructure drive national and international stakeholders to look at Panama as a potential location to supply both North American and Latin American markets both via transshipment and as a hub for distribution.  Panama’s high level of connectivity attracts investors and multinational corporations to the country.

The new terminal will provide more capacity to both passenger and cargo terminals allowing a larger number of aircrafts, cargo and passengers to use our country as a connecting point to the world.  It is the home port for Copa Airlines. 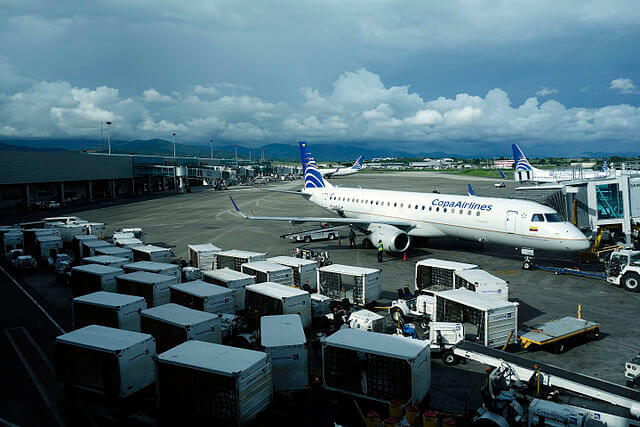 When concluded the airport expansion will count with:

Regarding regional flights, the local network includes six more international airports, as well as 24 landing strips that allow passengers and a small volume of cargo to move around Panama easily and safely.

This cargo movement through air has prompted an unprecedented development of logistics parks and warehousing centers near the Tocumen airport.

The Tocumen International Airport Multimodal Zone is part of the airport expansion which aims to strengthen the airport´s strategy to modernize the cargo terminal and develop the first Cargo free trade zone. The surface of the first phase is 180.000 sq meters with the possibility of expanding to more than 300.000 sq meters of urbanized plots for the development of logistics warehouses. The Zone will be regulated under the same legal regime of Law 32 of 2011, which establishes legal regime for Free Trade Zones.

Panama has a network of state-of-the-art seaports that provide a variety of services to containerized, bulk, liquid and general cargo, as well as to passengers in cruise terminals.

Panama has several seaports in the Atlantic area mainly serving the East Coast of North and South America, and the Caribbean: Manzanillo International Terminal (MIT), Cristobal-Panama Ports Company (PPC), Colon Container Terminal (CCT) and Colon Port Terminal (CPT). At the Pacific area, the port of Balboa is currently the only terminal performing container’s handling service. Both, Balboa and Cristobal are being operated by Panama Ports Company, members of the Hutchinson Port Holdings. A new container seaport is being under construction at the Balboa area by the name of PSA Panama International Terminal, as part of the Port of Singapore group.

Also, two additional ports provide commercial services to containerized cargo: Bocas Fruit Co. terminal at Almirante and Rambala terminal at Chiriqui Grande both located at the northwestern part of Panama in the province of Bocas del Toro. These ports handle bulk and general cargo, but the container segment is dedicated to the reefer liner service of banana exports.

A new generation of LNG Terminals are being developed by different companies. See our chapter on Petroleum Free Zones.

Panama has a large number of logistics assets providing logistics support to national and international markets. In 2019, the seaport cluster at both entrances of the canal handled over 7.3 million TEUs through the most important shipping lines. The air transportation platform has been developing during the last few years, where many industry players have established large scale operations by using Tocumen International Airport as a hub for passengers and cargo. Many expansion projects are under construction to expand even more the network of airports for international and domestic services.

Colon Free Zone and Panama Pacifico area are two examples of Special Invesment Regimes dedicated to merchandise reexporting and promoting high-tech activities leveraging the transport connectivity to other countries and a variety of fiscal, migratory and labor benefits.

These logistics nodes interact among them and facilitate the flow of goods and passengers by using the existing local network that includes a railroad and a road and highway system.

The small size of Panama allows a close interaction among different assets: seaports, airports, railroad, special economic zones and the local market. This condition facilitates the establishment of specialized and dedicated areas for warehousing and other third-party logistics operations that leverage the accessibility to world class transportation services and trading tradition.

Logistics parks are being developed as a new model of logistics integration in Panama where specialized operators take advantages of the existing platform. Other potential areas are being promoted and segregated to provide business opportunities and to attract new companies to set up operations for storage and distribution in the country. 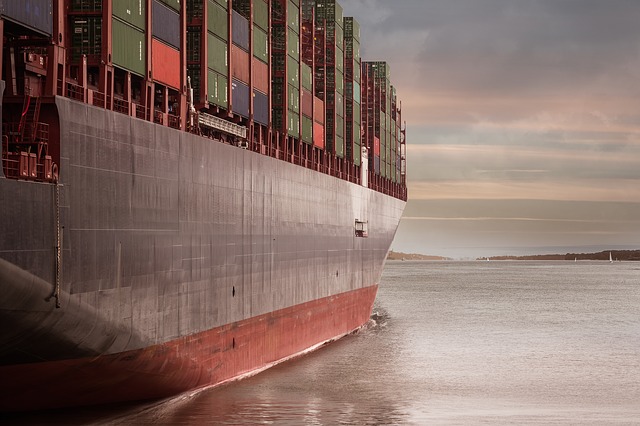 One of the best opportunities is the construction and development of a new Roll On Roll Off (Ro/Ro) port in Corozal, owned by the Panama Canal Authority (ACP). Although, this project is on hold, it represents one of the top forthcoming opportunities.

Panamá´s economy continues to be strongly connected to the maritime industry, between the Canal, ports and other connected activities it constitutes about 35% of the country´s GDP. Consequently, some opportunities are:

If you want to Set Up an Operation in Airports, Ports or Logistic Services, the BusinessPanama Group has licensed real estate agents, investment advisors and we work closely with Pardini & Asociados, a law firm with 40 years of experience for all legal matters to assist you on all your business needs.