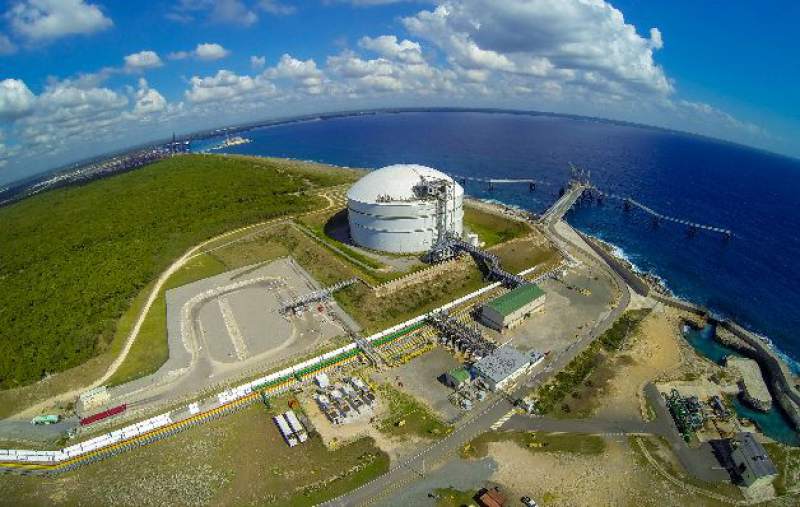 The National Energy Secretariat is working with the Inter-American Development Bank (IDB) on a study for the development of Liquefied Gas in Panama that would be coming out the new regulation for the commercialization through the Panama Canal.

It is contemplated the use of LNG for fuel in transportation, as would be the case of the Metro Bus fleet in Panama. In addition, several plants that currently generate electricity by means of other fuels to LNG plants would be being converted.

It also contemplates the development of the use of gas for the industrial sector, "We want to make sure that the regulation adopted is compatible with a potential industrial use," Secretary of Energy Victor Urrutia.

The gas market in Panama will be strengthened by the start-up of the US AES gas plant, which is more than 30% ahead of schedule and expected in 2019. This can bring many opportunities for Panama and the region (See note: Panama can become a Gas Natural hub).

"This requires extensive planning, as it is a product whose management is not similar to traditional energy sources and most importantly, it is to define regulatory standards that do not affect the proper functioning of the sector," said Secretary of Energy.

However, the AES plant is not the only one of the projects that is contemplated, there are also others that were concessionaire and although some are behind due to non-compliance in several points of its concession, its possible existence is not ruled out by the entity.

These plants are Costa Norte I, of Natural Gas Atlantic, that would have a power of 381 MW and that should be ready in May of 2018. Also is Bahia Las Minas and its conversion is for January of 2019 with 168 mw, another plant is Martano which in the initial chorography indicates that it should be ready by February 2020 with 413 mw and CC LNG of the combined cycle of Natural Gas with 400 mw.

The Gas plant in Panama is in operation, other power generators that are currently using other sources such as: Generadora del Atlántico (Termocolon), Panama Generation (PanAm), Pedregal Power, the Panama Canal Authority plant (Miraflores ) and Valle Rise Investment (El Giral).

According to the analysis, using natural gas as a fuel source in transport may be an option in 2020, but some adjustments would have to be made and a reconversion of Metro buses would begin as of that year.

One of the conclusions of the study is that the electric sector leads the total demand for LNG required in 2030 (77%, minimum), followed by the industrial sector (12%, minimum).

According to the document, the commercial and residential sectors demand tiny amounts of this fuel during the period 2016 - 2030.

It was also estimated that of all the results obtained, the scenario "Interconnection with Colombia" is the one that always presents the greatest demand for LNG.

Miguel Bolinaga, president of AES Panama, said that they are also participating in the study and that they also have the help of international consultants to present a proposal on how this regulation should be.

He understands that what is sought with the study of the Government is that the Gas can reach all sectors.

He said that a main point is that investment is respected, recalled that the plant in Colón de AES has a cost in excess of US $ 1.2 billion and suggested that the market be open and not put as many restrictions as investment

"We have very bad experiences at a global level, as was a disastrous regulation in Spain that was not in line with the development of the plant itself, but we also have examples of regulations such as those in Chile that are very good, or those in northern Europe " explained Bolinaga.

The AES plant is preparing not only for the general energy for which it was contracted, but also the project includes a terminal to supply trucks that can supply gas to other plants, in fact they talked about some that can be converted to natural gas, and Some of those names coincide with those that appear in the study of the Secretary of Energy.